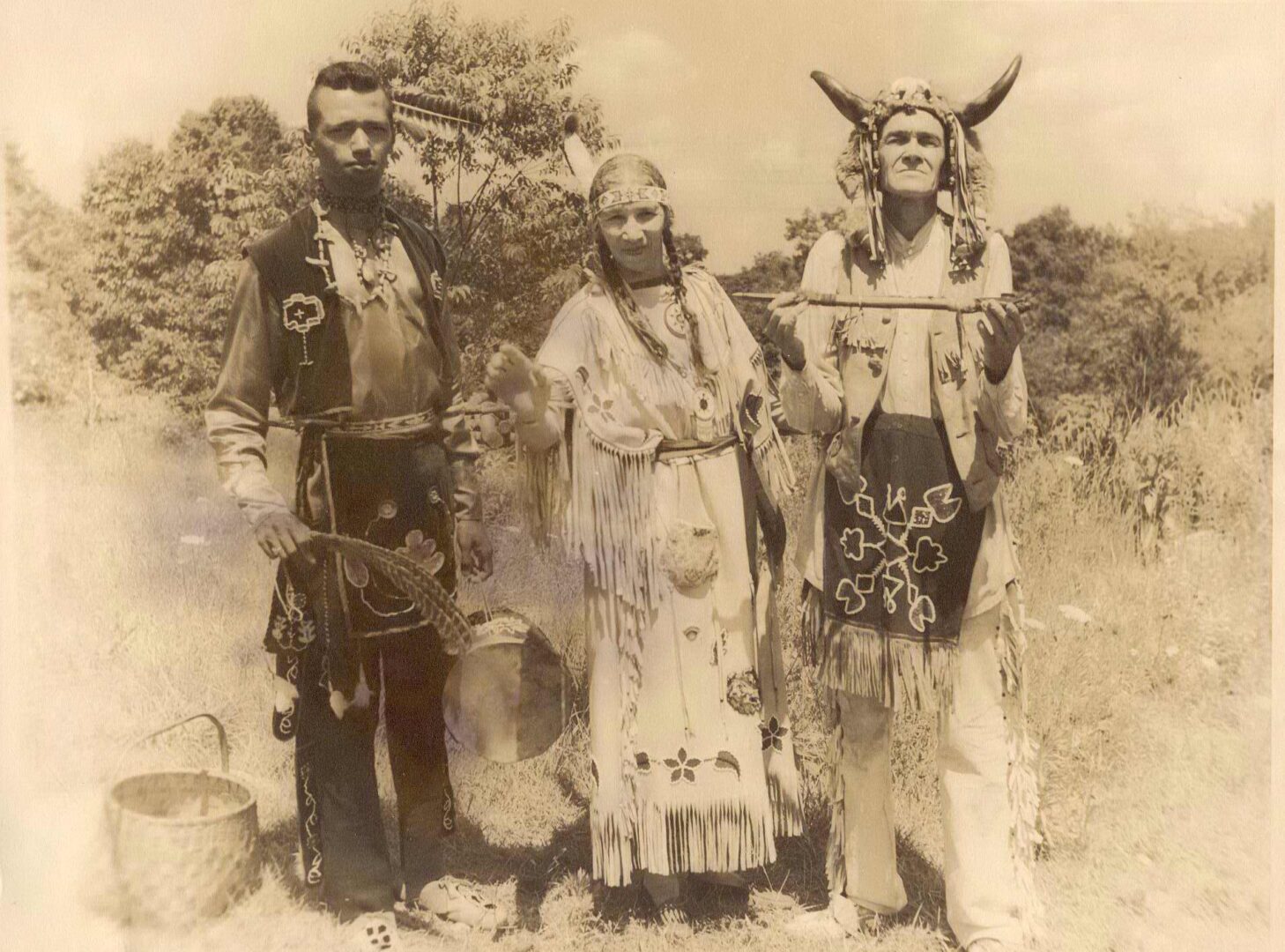 The Old Mystic History Center (formerly the Indian & Colonial Research Center) has a long association with Indigenous communities in Southern New England.  For several decades, Eva Butler worked with these communities on various archaeological and cultural projects.    She was instrumental in founding the Indian Museum on Fort Hill in Groton, Connecticut, and the Tomaquag Museum in Tomaquag, Rhode Island.  One of the founding members of the ICRC was Mary Virginia Goodman, a woman of Mohegan descent.

The Center holds an extensive and unique Indigenous collection. Butler’s original anthropological field notes, baskets, archaeological artifacts, transcriptions of historical records, images, audio tapes, a collection of mid-19th century anthropological literature, and slides can be seen at the OMHC.  So can later book and object acquisitions.  A recent donation of papers from anthropologist Vicki Welch, author of And They Were Related, Too: A Study of Eleven Generations of One American Family (2006) is being processed and catalogued.

For more information, refer to the Center’s online catalog.

We have many examples of stone arrowheads, tools, and household or utilitarian items from many time periods. Items in our collection include the stone tools used to make the points and other tools for cleaning animal hides, drilling, engraving, and making stone bowls. Stone tools were also used to make clothing, shelter, and decorative art.

Many of our decorated baskets and beadwork are from the local area. The beadwork bags and moccasins in the photo are examples of Iroquois raised beadwork. These items exemplify the journey of Native people from Fort Shantok who traveled back and forth to Brothertown.

Throughout her career as an anthropologist and educator, Indigenous people were at the forefront of Eva Bulter's research, professional relationships, and personal friendships.  Her 104 Native American notebooks contain transcriptions of historical records, many of which remain unpublished elsewhere today, information gathered from primary and secondary sources, and field notes from her work with local tribal communities.  The notebooks are arranged by topic and by tribe.

Among the multi-volumed scrapbook collection, you can find nearly 70 years of newspaper clippings on local tribes.

Come in for a visit, give us a call, or send us an email